"Drivers, start your engines!" On December 16, 2016, 9 year old Rex Timko entered into what may be his toughest race yet. The final laps that he would face on the Batten Speedway, a challenge far beyond anything else. Rex, with his bright brown eyes and large, toothy smile, took on what most would call impossible. He had the world in his hands and knew exactly what to do with it. The Batten Speedway was the most dangerous racetrack in the world, only the toughest and bravest dared to take on its treacherous trail. Rex was ready for the fight. His bravery started now, he knew that this was his time to take the final stand. Just like that, the green flag was dropped and they were off racing down the speedway, his mind set on the goal. even with the limitations that went against him, nothing would get in the way for his victory on the track. Coming down the backstretch, Rex was pushing as hard as he could as he put everything he had into this battle. His family cheered him on from the stands, never losing faith in him. He zoomed around the track, pushing past the other cars that were stacked against him. "There's a big, blue sky waiting right behind those clouds." He never had been in such a position to win the championship before, it was all or nothing. The white flag was thrown signaling the last lap of the race. His final lap was one of the hardest that there has ever been. As his car seemed to be drifting, his fighting only got stronger. He gripped the steering wheel with all his might. This was his chance. With the odds against him, Rex had seemingly taken over the Speedway, stealing the hearts of the crowd. As he sped his final lap, the crowd roared as Rex zoomed through the finish line with the checkered flag flying above him. It was all or nothing in this battle, a battle the crowd will never forget. Rex Timko was a bright, beautiful light that made all of us become better people. Rex was a 3rd grader at William Penn Elementary School in Forward Township. He is survived by his parents, CJ and Autumn (Snyder) Timko and big sister Mara Timko of Forward Township, grandparents, MaryAnn Snyder of McKeesport and Cliff and Constance Timko of Munhall, aunts and uncles, Jennifer (John) Ambrozic, Alexis (Joe) Eisner, Elisabeth (Aaron) Brown and Amy (Jason) Karas, and cousins galore. He was preceded in death by his grandfather, Paul Snyder, Jr. Friends are welcome Sunday December 18 from 1-4 and 6-8 pm at the Gilbert Funeral Home and Crematory, Inc. 6028 Smithfield Street, Boston, Elizabeth Township. (412) 751-5000 Drew J. Gilbert, Director. Service will be held in the funeral home chapel on Monday December 19 at 11:30 am. In lieu of flowers, memorial contributions may be made to the Batten Disease Support and Research Association in Columbus, Ohio at www.BDSRA.org Condolences may be made at gilbertfuneralhomeandcrematory.com 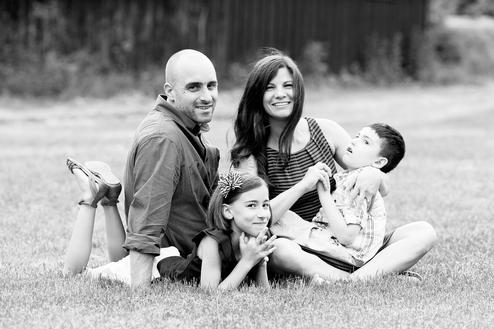 Rex Paul Timko was born on November 24, 2007. A happy, healthy boy until he had his first seizure one month before his third birthday.   After 14 months of recurring seizures, numerous medications and a trip to the Cleveland Clinic; he was diagnosed with Late Infantile Batten Disease.

Late Infantile Batten begins between ages 2 and 4. The typical early signs are loss of muscle coordination (ataxia) and seizures along with progressive mental deterioration. This form progresses rapidly and ends in death between ages 8 and 12.

As yet, no specific treatment is known that can halt or reverse the symptoms of Batten disease/ NCL. However, seizures can be reduced or controlled with anticonvulsant drugs, and other medical problems can be treated appropriately as they arise.  At the same time, physical and occupational therapy may help patients retain function as long as possible.